Love time no see (A Dutch artist in Shanghai)

Recently I bought a Chinese mobile phone so I could contact my new friends without having to fear for my own financial crisis. A small shop at Ao Men road assorted in various models, ranging from the latest Nokio to the latest Nakio to the latest Nioka. I surprised the shopkeeper by opting for the true Chinese brand NEC, this being the cheapest option. The metallic grey device looks like it’s built for children, but it works. And it made me just eleven years younger as the date was fixed on January 23, 2000, obviously the last day it was actually used. For inside I found another bonus: 2 extra contacts already installed in my address book. And if that weren’t enough: the previous owner had also installed a picture of a fading oleander and the William Tell tune run by a Chinese carrousel. I was never happier.

Also published on The Museum’s Daily blog in September 2011 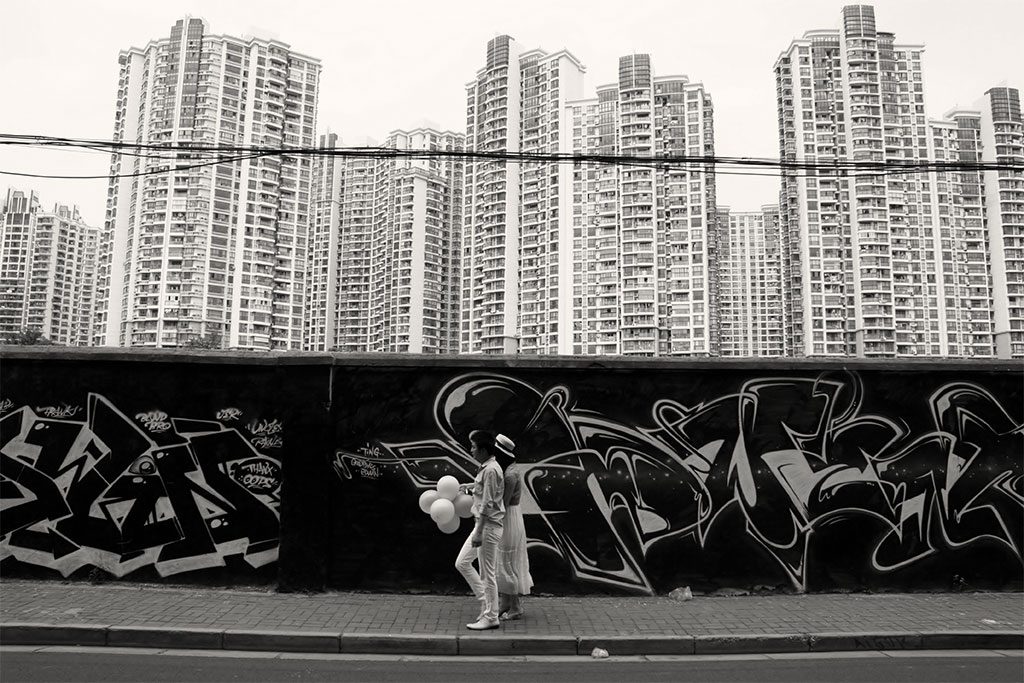 Now there were two options: adding my new friends by their Chinese or their English name. Introducing themselves people would call both their Chinese name, given by birth, and their personally chosen foreign name (mostly English). Chinese names often reflect virtues or nature. Many people are named after the sky, the sun or ‘doing well for others’. The inspiration for English names springs mostly from (western) cities, popular culture or fairytales. Sometimes it is hard to leave the primary association behind, especially when a peevish girl steps up to you and introduces herself as a robust Argentinian writer. Being asked people state that both names reflect their identity just the same. I find it hard to believe: to me their English names are just another way to describe their hobbies or preferences. It has nothing to do with ancestors, family history or national culture. However, the English names are easier to remember. I find it hard to distinguish the Lings from Mengs and Chengs. Yet Brooke, Eco or York are much easier to associate.

Smart or schizophrenic?
In return they would have liked me to have an English name as well, as Jochem is hard to pronounce without their primary reaction of spitting on the floor. Yet how ridiculous this may seem, there are several European artists working in China who found that it served their income if they adopted a Chinese identity. For Chinese art collectors primarily purchase Chinese art. Being a French artist in China, it makes you wonder. As did Alexandre. I ran into him on the opening night of a gallery on Thursday night, then finding him hosting his own opening on Saturday night as Tao Hongjing. Both names make the same art. Smart or schizophrenic? Assuming that your cultural baggage and personal history work their way into your art, not only the place where you currently live. Alexandre couldn’t care less, as he tells anyone listening. He makes his work, and in the end it is just another seal that is attached to it.
Greeting Alexandre on his opening night, I called out ‘love time no see’, a phrase I had picked up in a shop where it stood on a baseball cap. Chinglish: that’s what they call misspellings in translations from Chinese to English. And there are quite enough to deserve their own category. The text on an Abercromble and Fritz shirt read ‘See you springtime’, leaving me puzzled whether people would address seasons personally, as part of the Tai Chi ritual?

Maybe I was just being old-fashioned, is it not truly about the name giving and the language, but more about the actual person or piece of art. Are names merely a tag to distinguish their owners and their work, more than a means to refer to their family lines or places of birth. Is language just a way to express one’s intention, conveyed with and without the misspellings just the same.

Read more about my residency in Shanghai here